WALKING HOUSE is a modular dwelling system that enables persons to live a peaceful nomadic life, moving slowly through the landscape or cityscape with minimal impact on the environment. It collects energy from its surroundings using solar cells and small windmills. There is a system for collecting rain water and a system for solar heated hot water. A small greenhouse unit can be added to the basic living module, to provide a substantial part of the food needed by the Inhabitants. A composting toilet system allows sewage produced by the inhabitants to be disposed of. A small wood burning stove could be added to provide CO2 neutral heating. WALKING HOUSE forms various sizes of communities or WALKING VILLAGES when more units are added together. WALKING HOUSE is not dependant on existing infrastructure like roads, but moves on all sorts of terrain.

Construction:
:
Each unit is equipped with the basic systems for maintaining everyday life for a maximum of four persons. But it could easily be scaled up for larger family structures. Furniture is an integrated part of the structure. The module can be constructed from numerous materials. It is based on a framework made of steel, aluminum or wood and can be covered with steel, aluminum, wood or even semi- permeable textiles. Windows are made of polycarbonate. Insulation could be anything from thin plates of Polyethylene to wool.
The rear of the modules opens up to form a stair that functions as an entrance. Each leg works as an autonomous unit with its own accumulators and linear actuators. The concept is that six legs could be mounted on any kind of structure and make it walk. When it walks three legs are always on the ground to provide the necessary stability. The structure should move at a slow pace similar to the walking speed of the human body. It is a common fact that walking often helps a person concentrate their thoughts and creates a mental state that enforces mobility of the mind. The WALKING HOUSE is constructed to move at a pace similar to human speed exactly for this reason. By adding several modules together the system can provide dwellings that adapts to social needs for living as a single person, in a family, a collective or even in a WALKING VILLAGE. In this way the WALKING HOUSE adapts to persons instead of persons having to adapt to the house. 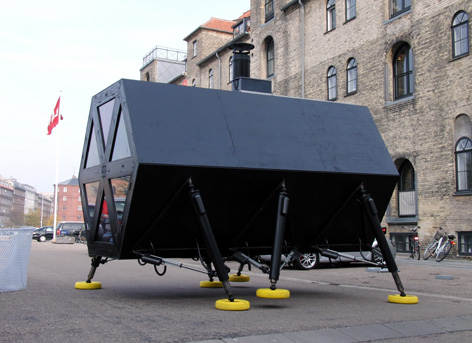 WALKING HOUSE is a result of a specific project initiated by Wysing Arts Centre, Cambridgeshire.
N55 was asked by Wysing Arts Centre to collaborate with a group of travellers in the area around Cambridge, where there has traditionally been a large population of travelers living in a symbiotic relationship with the settlers, making a living as seasonal workers on the farms. After an initial meeting with one of the groups, it was clear that the traditional nomadic culture was disappearing fast and the Romani people where settling down and living as a marginal group with all the problems that goes with this situation. What was left appeared to be a brutalized culture fighting to survive in a hostile environment becoming increasingly hostile itself. So we decided to see if it would be possible simply to keep a distance to the current situation and maintain an overview of the benefits of a nomadic culture and try to suggest new means that would enable a nomadic life in a symbiotic way with the surroundings. This is very much a question of the differences in aesthetics between the nomadic culture and the settlers. Our working theory has been that by introducing a design that both are inspired by traditional nomadic culture and contemporary design solutions, some of these differences could easier be overcome.
Traditional Romani Horse carriages from the 18th century are very refined systems of living in confined spaces. 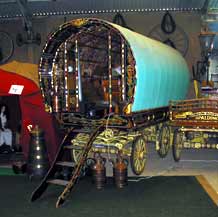 These horse powered carriages are covered by textiles or wood, both materials that enables the space to breathe while removing the moisture produced by the people living inside.
The inner walls are often covered with wool for insulation purposes. Furniture etc are designed to take up as litle space as possible. 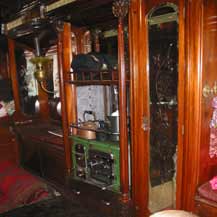 We have used this tradition to inspire a new design that uses some of the technological advantages of modern society.

Ownership of LAND and WALKING HOUSE:

It is a habitual conception that ownership of land is acceptable. Most societies are characterized by the convention of ownership. But if we claim the ownership of land, we also say that we have more right to parts of the surface of the earth, than other persons have.
We know that persons should be treated as persons and therefore as having rights. If we say here is a person who has rights, but this person has no right to stay on the surface of the earth, it does not make sense. If one does not accept that persons have the right to stay on the surface of the earth, it makes no sense to talk about rights at all. If we try to defend ownership of land using language in a rational way it goes wrong. The only way of defending this ownership is by the use of power and force. No persons have more right to land than other persons, but concentrations of power use force to maintain the illusion of ownership of land.
The misunderstanding that persons have a right to own land leads to situations where there is no tolerance for different ways of living and in extreme situations this leads to war.
Concentrations of power limit person’s access to land by the force of among other things the notion of ownership. The WALKING HOUSE requires no permanent use of land and thereby challenges ownership of land and suggests that all land should be accessible for all persons. Society could administrate rights to use land for various forms of production of food for example, but ownership of land should be abolished.
N55 furthermore suggest that WALKING HOUSES should be owned by all persons in common and used by the persons wanting to live in them. 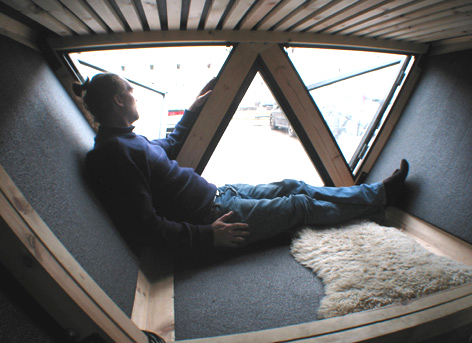 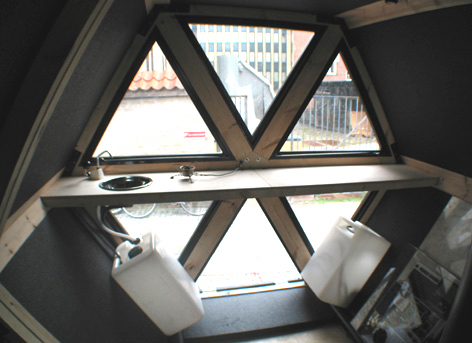 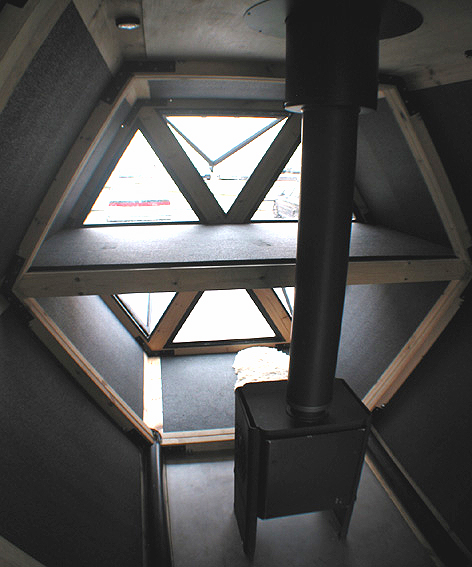 Walking house could easily be equipped with specialized modules for various forms of productions like greenhouses, small factories etc. A WALKING HOUSE or a WALKING VILLAGE could supply means for the inhabitants to make a living in this way while moving through the Landscapes and cityscapes. As an example a WALKING VILLAGE could be specialized in foodproduction or special modules for fishfarming, greenhouses and so on could be part of the construction. 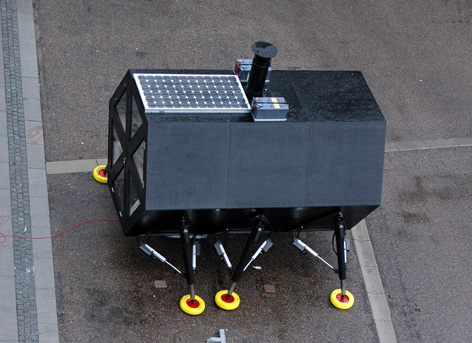 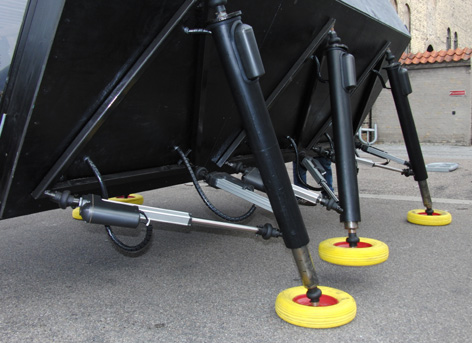